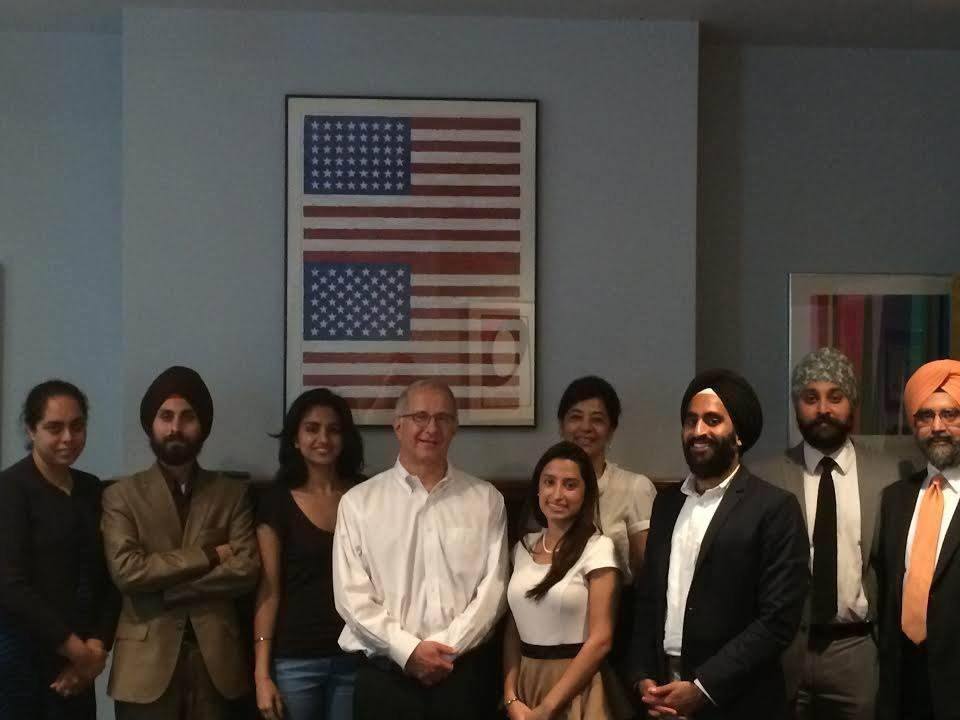 In January, the National Sikh Campaign will release a landmark scientific study that can help shape how Sikhs are viewed across the United States. The study is specifically focused on finding the facts, images, and stories about Sikhi that resonate with the broader American public. This will allow the Sikh community to effectively communicate its values for the first time in the more than 100-year period we have been in this country.

This will be the most methodical study conducted on the Sikh-American community in history.

The study includes qualitative and quantitative research. It incorporates knowledge from past milestones in Sikh American studies: Turban Myths conducted by the Sikh American Legal Defense and Education Fund (SALDEF) and Go Home, Terrorist, conducted by the Sikh Coalition. The facts, images and stories about Sikhi that we tested in the study were gathered in unprecedented collaboration with leading Sikh organizations and advocates such as: Kaur Foundation, United Sikhs, Sikh Coalition, SikhNet, Sikh Council on Religion and Education (SCORE), Valarie Kaur, Kamal Kalsi, and Prabhjot Singh

Specifically, the study will give us a nuanced understanding of three critical issue areas:

1. How Sikh-Americans are currently viewed by their fellow Americans at large.

2. The key messages Sikhs need to communicate to the broader public to build maximum understanding.

3. The specific communities we need to correspond with to achieve our goals.

In this post, we follow up from our last essay on our historic research and outline who conducted this analysis and the specific methodologies that make this research so detailed and effective.

WHO CONDUCTED THE ‘BUILDING THE SIKH IMAGE IN AMERICA’ STUDY?

The study was conducted by Geoff Garin, the President of Peter D. Hart Research, one of the country’s leading survey research firms. Mr. Garin is one of the most prominent communication strategists of our generation and his work has shaped prominent policy debates in the United States. Geoff has worked with the Bill and Melinda Gates Foundation, United Nations Foundation and Harvard University, among other institutions. He was also the Chief Strategic Advisor to Hillary Clinton’s presidential campaign in 2008.

Co-leading the project are Jay Campbell and Corrie Hunt, a vice president and a senior analyst from Hart Research, respectively. Jay managed one of the most effective political polls in America: the NBC News and Wall Street Journal poll, and has done research for CNBC, MTV, Pew Charitable Trusts and Comedy Central. Corrie Hunt, holds a Ph.D. in Psychology and has conducted research on prejudice, intergroup conflict, public opinion and social behavior.

THE METHODOLOGIES OF ‘BUILDING THE SIKH IMAGE IN AMERICA’ STUDY

The study is focused squarely on the finding the most salient messages our community needs convey to effectively define Sikhism and the Sikh identity in America.

It took roughly five months  to complete and was broken into three major steps:

First, we started by ensuring that all of the consultants involved in the project read the Turban Myths report conducted by SALDEF, which established a baseline of the perceptions of the Sikh community; and Go Home, Terrorist, conducted by the Sikh Coalition which intricately describes how the Sikh community is impacted by misperceptions in the form of bullying, hate crimes, and other discriminatory practices.

Second, we called a meeting in June of leading Sikh organizations and advocates. The meeting included: Kaur Foundation, United Sikhs, Sikh Coalition, SikhNet, SCORE, Valarie Kaur, Kamal Kalsi, and Prabhjot Singh. We specifically invited and convened various Sikh organizations to have a diverse set of opinions at our gathering. In the meeting we discussed the key issues Sikhs in America face, how Sikhs should ideally be perceived in America, and key messages our community should be communicating to build its image in America.

Third, each representative contributed his/her opinions and guided us on the messages we needed to test in our focus groups and polls. We also collaborated to develop a framework for our testing.

After building a consensus on the framework and formulating 10 testable messages for the focus groups and polling, we had a comprehensive set of information on Sikhi we could examine in our qualitative and quantitative portions of our research.

Focus groups are a form of qualitative research in which a group of 10-15 people are guided through a discussion about their perceptions and opinions about a particular topic. This form of research is useful for gauging how groups of people feel about a particular topic or idea, why that group of people hold those opinions, and how one can move forward to develop an effective outreach effort to those groups of people.

Focus groups are often used by major corporations to test a new product or brand, political candidates who are looking for an edge in communicating their message, and communities that are looking for greater understanding and acceptance — most notably focus groups were used by the Mormons and the LGBT community in recent years.

The focus groups the National Sikh Campaign conducted were the first in the history of Sikhi.

These sessions gave us an unrestrained look at how our fellow Americans perceive Sikh-Americans, why they hold those perceptions and more importantly how they reacted when they are given information about our faith.

Additionally, we gave them information on Sikhi and see if their initial impressions changed. We also presented the messages selected during the Discovery Phase and found the ones that resonated the most and measured the people’s change in attitudes.

Moreover, since we did a breakdown of educated and non-educated cases, we learned how these two groups differ in their awareness of Sikhs and the precise messages about Sikhi that provide them the greatest understanding and acceptance of our faith.

The final step of this study was to conduct a poll.

A poll is collection of opinions on a particular subject from a sample for analysis. We conducted the largest scientific poll in the history of the Sikh community. This poll allowed us to sample a statistically relevant sample of the American public and gauge their opinions and attitudes of Sikhs.

The framework of the poll was nearly identical to the focus groups where we first asked the participants of their initial reactions to diverse set of Sikhs, presented them with basic facts on Sikhi, and finally gave them a handful of strategic messages to see which messages were the most effective.

Specifically, we could precisely measure how the broader American public’s attitudes changed when they were given basic facts, which messages about Sikhi had the largest amount of understanding, and which messages had the largest impact by age, race, gender, education level and geographic region. We were able to see which messages made people change their perceptions about Sikhs. This study is uniquely different from other examinations of the Sikh-American community in that we are measuring the success of messaging to shape others' perceptions of Sikhi. We know that Sikhs are not appropriately recognized or understood in the majority of America; now, we are learning what messages will change people's misperceptions.

Knowing this information will help our community invest its outreach efforts in a far more wise and targeted way because now we know the key messages we need to be communicating the key American constituencies we need to be having a conversation with.

WHY ARE WE DOING THIS?

If we allow the “foreignness’ of the Sikh image to persist over generations, the viability of maintaining the proud Sikh image will decline. We should be able to proudly declare ourselves as Sikhs, and have our fellow Americans know who we are and what we stand for.

Thus, if we invest resources in strategically communicating the information outlined in this upcoming report and ultimately raise awareness, we will build a new future for Sikhs in America.

A future where Sikhs are judged by their potential not their differences.

A future where a young Sikh can be actors, journalists, members of Congress, or even President because they are in a country that understands them.

A future where a Sikh tying their turban in the morning, can look in the mirror and be assured that people will understand that they are tying a symbol of respect for all humanity not an object of inevitable discrimination.

A future where Sikhs have a solid foundation to grow, to create and to thrive.

Changing others' perceptions of Sikhs makes it easier for our generations to succeed. And the first step in making sure Sikh Americans have a viable future in America is to thoroughly understand how we can overcome the hurdles we face as a community. Once we understand that, our community can open the door to a new future.