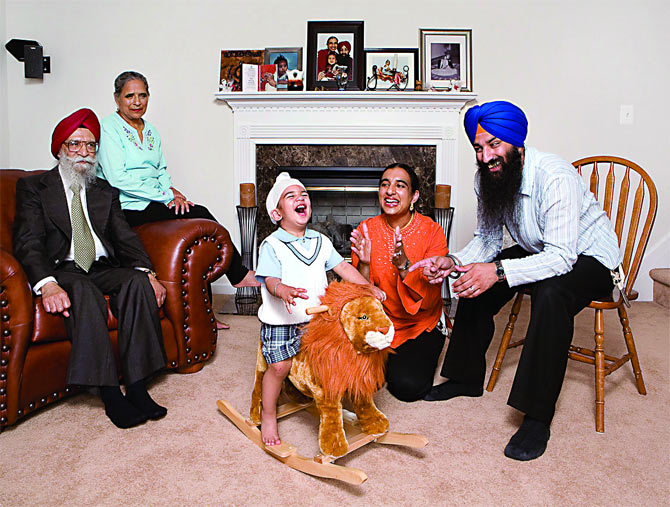 Before Thomas Jefferson, Benjamin Franklin, and George Washington fought to create a free nation where a person is judged on their merits not their lineage, Guru Nanak Dev Ji criticized the class system, advocated for women’s rights, and promoted racial and religious equality. Guru Tegh Bahadur Ji sacrificed his life for religious liberty and protected India from coercive religious extremists. And Guru Gobind Singh Ji created the Khalsa, which abolished the class system and was mandated to fight tyranny and oppression. 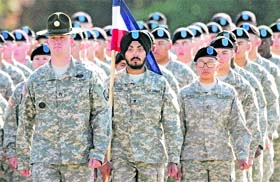 Sikhs are unequivocally proud to call themselves Americans because it’s clear to us that Sikh values are American values.

Despite these realities, our community remains relatively unknown to the American public. Why? Ultimately, the fault has been our inability to tell our story to our fellow Americans. This inability has led to misperception issues resulting in Sikhs being targeted for bullying and hate crimes.

AKPD was instrumental in crafting Barack Obama’s compelling story and his message of ‘Change’ that allowed him to be elected the first African American president in the United States. David Axelrod and David Plouffe who were President Obama’s closest advisers in the White House and both of his presidential campaigns, founded the firm. They will guide our overall messaging strategy.

Geoff Garin who is one of the most prominent communication strategists of our generation, leads Hart Research Associates. Mr. Garin’s work has shaped prominent policy debates in the United States and he has worked with the Bill and Melinda Gates Foundation, United Nations Foundation, and Harvard University. He was also the Chief Strategic Advisor to Hillary Clinton’s Presidential campaign. 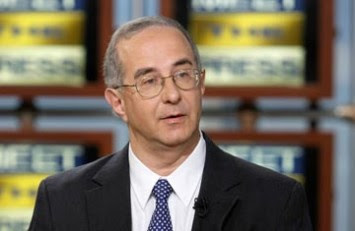 In May, we hired Geoff and his firm to conduct a scientific survey on the Sikh-Americans to accomplish two major tasks:

More specifically, the study will breakdown:

This survey is the most methodical survey ever conducted on the Sikh community. In a subsequent essay, we will outline a detailed analysis of our methodology, but broadly the study consisted of three focus groups in New Jersey and Chicago and two online polls with a total sample size of over 1,000.

The study will be released in January.

Why is such a thorough study needed? Shouldn’t any Sikh in America be able to tell you that we have an image problem? Yes, the fact we have a misperception problem is abundantly clear however, no Sikh can tell you with full, scientific confidence the key aspects about our community we need to be communicating to effectively build our image in America — until now.

For the first time in our faith’s 150 year history in America, this study will allow us to scientifically understand the specific facts, images and stories about Sikhi that resonate with the broader American public. We will be able to give them a firm understanding of our identity and values.

A study of this caliber must be the underpinning of any communications effort. Any organization or community looking to enter the public sphere needs to have a strong message. If we don’t know our message, all subsequent communication activities will be far less effective.

Thus, we hope that the results of this study will start a conversation at the Gurdwaras, leading Sikh advocacy organizations and in Sikh living rooms across the country to how the community can use the proven messages in the report to speak in a unified voice, work together, and build our image. If we are not working together and voicing our message in harmony, we will not be successful as a whole.

We also hope the study will be the first step toward a new future for Sikh American youth. A future where our youth can focus more on becoming class president than figuring out how to make it through the school day without being bullied. A future where our youth can choose a profession without fear that they will be judged by their differences and not their potential.

We hope this study will help future Sikh leaders to not just set their sights on professions that they feel obligated to pursue, but to dream wider; to be actors, journalists, members of Congress, or even President because they are in a country that will accept them.

Communicating our values is not just about making life a bit easier for this generation of Sikhs. It is grander than that. Establishing who we are will be crucial for the future of Sikhism’s sustainability in the United States. Communicating who we are and ensuring that we educate others about our religion and culture will solidify our positive role in society.

If we allow the “foreignness’ of the Sikh image to persist over generations, the viability of maintaining the proud Sikh image will decline. In order for Sikhism to last in this nation and continue to grow stronger, Sikhs in America need to feel proud of their image and heritage.

Thus, the viability of our faith not only in America but also in the West in general hinges on our ability to effectively communicate our values. Sikhs in America are in the best position in the world to tell the story of our community. We live in the most powerful, influential country in the world and any events that occur in the US reverberate around the world.

Therefore, if Sikhs in America use this study conducted by the National Sikh Campaign to get organized and build the Sikh image, we have the potential to influence how Sikhs are perceived across the globe.