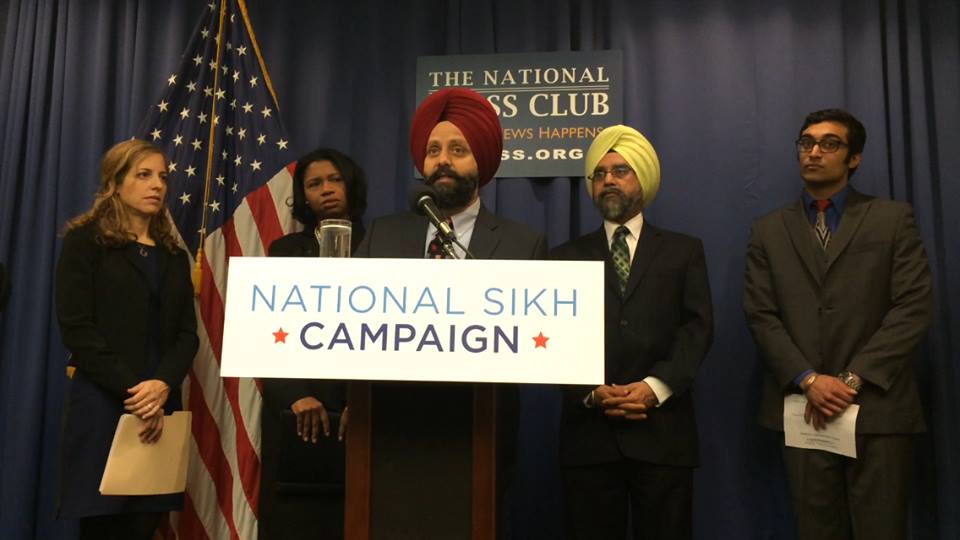 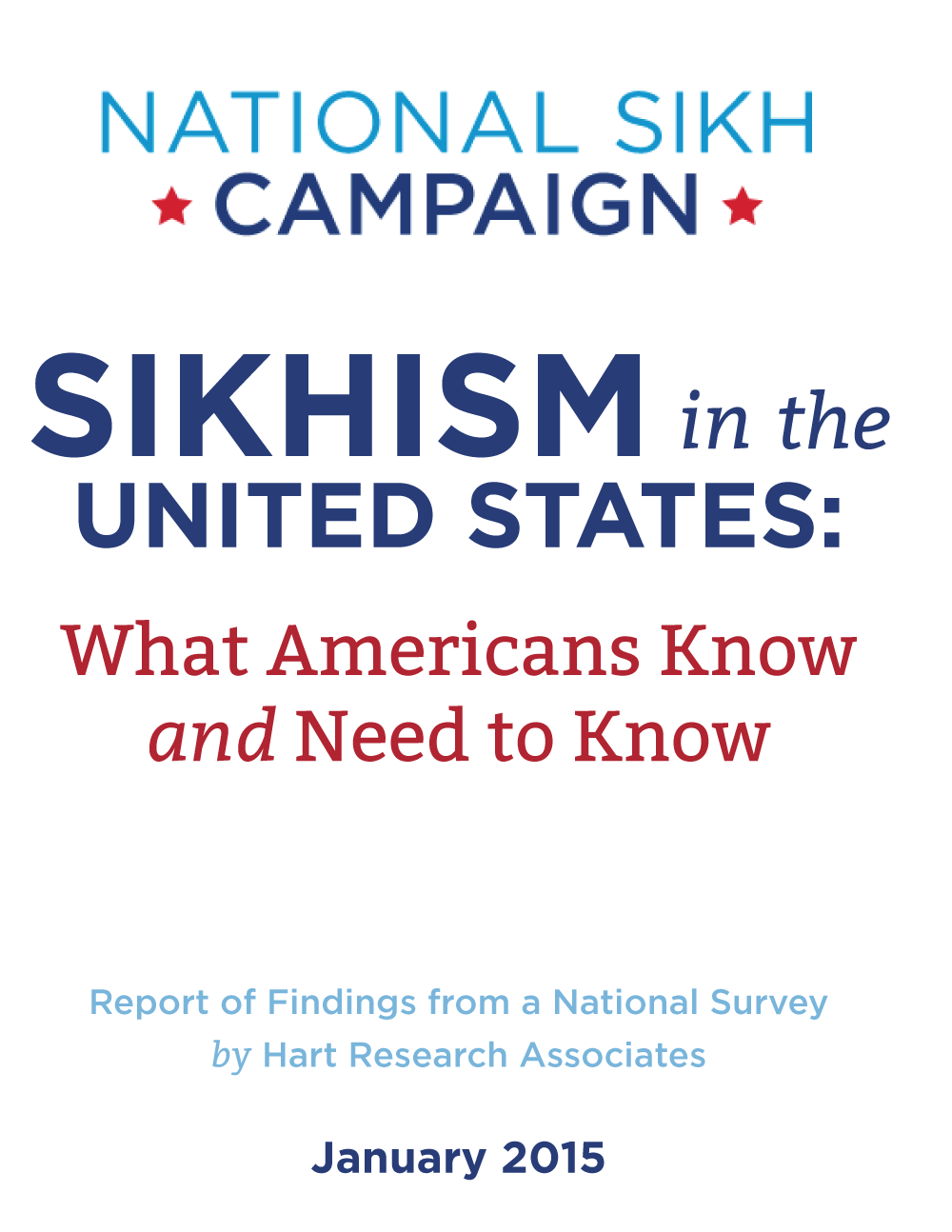 Below, we answer some basic questions regarding the report.

What is the report about?

1. How Sikh-Americans are currently viewed by their fellow Americans?

2. What are the key messages Sikhs need to communicate to the broader public to build maximum understanding of their faith and values?

3. What are the specific communities we need to correspond with to build better awareness of Sikhism in the United States and the Western world?

Why is the report needed?

Since immigrating to the West, Sikhs have a hard time communicating their faith and values, which can lead to misperception issues and misunderstanding. These issues regularly affect Sikhs at school, in the workplace, and within their communities.

This report will allow Sikhs to scientifically understand, for the first time in the Sikh community's over 100 year history in the United States, the specific facts, images and stories about Sikhism that resonate with the broader American public. We will be able to give them a firm understanding of their identity and values.

Knowing this information is critical because the viability of Sikhism, not only in America but also in the West in general, hinges on the Sikh community’s ability to effectively communicate their values. If we allow the “foreignness’ of the Sikh image to persist over generations, the viability of maintaining the proud Sikh image will decline. In order for Sikhism to last in this nation and continue to grow stronger, Sikhs in America need to feel proud of their image and heritage.

Thus, this report gives the Sikh community the tools and knowledge to effectively communicate their values, preserve their heritage, and build their future.

How is this the most methodical, comprehensive report ever conducted on the Sikh community?

The study includes a combination of sophisticated qualitative and quantitative research techniques. The qualitative technique we used were focus groups. Focus groups are a form of research in which a group of 10-15 people are guided through a discussion about their perceptions and opinions about a particular topic. This form of research is useful for gauging how groups of people feel about a particular topic or idea, why those groups of people hold those opinions, and how one can move forward to develop an effective outreach effort to those groups of people.

The focus groups that the National Sikh Campaign brought together were the first in the history of Sikhism.

The quantitative research we used was polling. A poll is collection of opinions on a particular subject from a sample for analysis. We conducted the largest scientific poll in the history of the Sikh community. This poll allowed us to sample a statistically relevant sample of the American public and gauge their opinions and attitudes of Sikhs.

The framework of the poll was nearly identical to the focus groups where we first asked the participants of their initial reactions to a diverse set of Sikhs, presented them with basic facts on Sikhism, and finally gave them a handful of strategic messages to see which messages were the most effective.

Specifically, we could precisely measure how the broader American public’s attitudes changed when they were given basic facts, which messages about Sikhism had the largest amount of understanding, and which messages had the largest impact by age, race, gender, education level and geographic region. We were able to see which messages made people change their perceptions about Sikhs. This study is uniquely different from other examinations of the Sikh-American community in that we are measuring the success of messaging to shape others' perceptions of Sikhs.

Finally, the study incorporates knowledge from past milestones in Sikh American studies: Turban Myths conducted by the Sikh American Legal Defense and Education Fund (SALDEF) and Go Home, Terrorist, conducted by the Sikh Coalition. The facts, images and stories about Sikhs that we tested in the study were gathered in unprecedented collaboration with leading Sikh organizations and advocates such as: Kaur Foundation, United Sikhs, Sikh Coalition, SikhNet, Sikh Council on Religion and Education (SCORE), Valarie Kaur, Kamal Kalsi, and Prabhjot Singh.

Who conducted the study?

The study was conducted by Geoff Garin, the President of Peter D. Hart Research firm, which is one of the country’s leading survey research firms. Mr. Garin is one of the most prominent communication strategists of our generation and his work has shaped prominent policy debates in the United States. Geoff has worked with the Bill and Melinda Gates Foundation, United Nations Foundation and Harvard University, among other institutions. He was also the Chief Strategic Advisor to Hillary Clinton’s presidential campaign in 2008.

Co-leading the project are Jay Campbell and Corrie Hunt, both senior Vice Presidents from Hart Research. Jay managed one of the most effective political polls in America: the NBC News and Wall Street Journal poll, and has done research for CNBC, MTV, Pew Charitable Trusts and Comedy Central. Corrie Hunt, holds a Ph.D. in Psychology and has conducted research on prejudice, intergroup conflict, public opinion and social behavior.

What do you plan to do next?

We plan on using the information gleaned from the report as the basis for a data-driven media campaign. After the report is released, we will be begin a media approach in collaboration with President Barack Obama’s campaign’s media company AKPD, founded by David Axelrod, the senior political advisor to Obama. Since its launch, the National Sikh Campaign has been networking with business leaders and Gurdwaras to engage them to join this unprecedented campaign for Sikhs in America.

Why a media campaign?

We've decided to run a media campaign for two reasons.

First, because the community is overwhelmingly demanding that Sikhs have a larger media presence. According to an internal poll conducted by the National Sikh Campaign, 96 percent of Sikhs believe that they should have more media exposure and 78 percent stated they would actively participate in an effort to increase Sikh awareness through a high-level media campaign.

Secondly, and more practically, a media campaign for the Sikh-American community is not just a luxury but a necessity. The only way Sikhs are going to reach the broader public in a meaningful and effective way is through the media. Unfortunately, there are not enough Sikhs in America for a grass-roots only approach. Sikhs are less than a tenth of 1 percent of the United States and only .02 percent to .03 percent of the global Sikh population lives in the United States.

So, the Sikh-American population in America is small, even when compared to the overall population of those who identify with the Sikh faith. In order for Sikhs to have any chance of building their image in the United States they need to reach millions of people, and that can only be accomplished through media.